The Sardinian West Coast: From Alghero to the Costa del Sud - BSAR


Sardinia, Italy’s second largest island is well known for its summer jet-set tourism along its spectacular coast, especially along the Costa Smeralda in the north-east. It is, however, an ideal spot as well for active vacations throughout the year, and not in the least for cycling holidays. The island is a region of staggering natural beauty and many cultural treasures. Best known for its wild spectacular coastline where towering cliffs are interrupted only by small bays dotted with beautiful sandy beaches lapped at by the crystalline Mediterranean, it is also home to several hidden natural, cultural and culinary marvels. Its ancient nuraghic culture and the remains of several Phoenician and Roman towns, as well as charming medieval towns and villages are only a small distance away from the busy coastal touristic centres, waiting to be explored by the aware traveller. Some of the littlest known, but equally beautiful coastal scenery is on the western side of the island, the so-called Costa Corralina and Costa Verde.

This tour gives us the opportunity to discover both the more touristic and the quiet hidden, but no less spectacular, side of the West Coast of Sardinia. We will start from the charming Aragonese town of Alghero, proudly showing off its Spanish heritage in both architecture and local traditions, and cycle all the way south to magical Pula near Cagliari, well known for the Phoenician remains of the ancient town of Nora. Along our way we will follow some of the most spectacular coastal roads of Sardinia, as well as heading inland to discover the real original Sardinia, untouched by modern mass tourism. We will cycle through medieval Bosa, through the plains and rolling hills of the Medio Campidano province, along the ancient ruins of Tharros and past the high sand dunes of Piscinas. We will see flocks of flamingo’s roaming the wetlands of the Sinis peninsula, explore the old lead and silver mines of Nebida and enjoy the peace and quiet of the island of Sant’Antioco.

During our trip we will stay in very nice hotels, located in some of Sardinia’s most suggestive little towns and villages. After our day’s cycling along the amazingly scenic coastal roads or on the quiet inland lanes we will be able to relax with an ‘aperitivo’ and restore ourselves with tasty dinners based on local specialities, knowingly prepared by local cooks that are handing down century-old culinary traditions.

On this amazing cycling adventure we will discover several hidden aspects of the island of Sardinia and see with our own eyes why it has become one of southern Europe’s last ‘secret’ cycling paradises. It will become clear that it takes only a little effort to get ‘off the beaten track’, finding ourselves surrounded by overwhelming nature far away from the crowds. In short, we’ll explore this delightful island in a totally different way.


Day 0 Alghero
Arrival in Alghero in case you arrive a day earlier. Alghero has an international airport. From Milan and Rome Alghero can easily be reached by air. From the airport frequent bus shuttles reach the centre of the town. Several hotels can be booked in Alghero, according to your wish. If you arrive one day earlier you have the possibility to explore the old city centre of the charming town of Alghero, with its clear Spanish influences. Alternatively you could make a trip to one of the many splendid beaches near the city and enjoy the crystal clear sea Sardinia is rightly famous for.

Day 1 Arrival – Alghero
After arriving in Alghero (a private transfer from the airport can be arranged on request), we get settled in at the hotel where we will meet with our tour guide for a short briefing and take hold of our bicycles. Tonight we eat dinner together. In case you arrive early you may want to take a stroll through the nicely preserved centre of the little town or walk down to the beach for a refreshing swim.

Day 1 Alghero to Bosa
On the first day of our trip we will start out from Alghero and head south along the Coral Riviera. We follow a beautiful and utterly scenic winding coastal road, offering beautiful views on the Gulf of Alghero and Capo Caccia. During our day’s trip we will pass by the pink, red and grey cliffs of Cape Marargiu, one of the last places in Europe where griffin vultures still roam. In the afternoon we then arrive at Bosa, a medieval town famous for its fine embroidery and gold filigree works. Distance: 50 km – Cycling time: 3 – 4 hours

Day 3 Bosa to San Salvatore Sinis
Today we will travel through the typical villages of Flussio and Tinnura where the women still weave their wicker baskets. After stopping to admire their traditional handicrafts, and why not, a nice hot coffee or creamy cappuccino, we then continue on a fascinating panoramic ride down to the Sinis wetlands where we will be able to admire large colonies of pink flamingos. Shortly further down the road we reach one of Sardinia’s marvels, and undoubtedly one of the most beautiful spots to be seen, the white quartz beach of Is Arutas. Our trip then takes us to the Phoenician ruins of Tharros, well worth a visit, and to our hotel. After settling in at the hotel we can relax and enjoy a hearty meal together. Distance: 58 km – Cycling time: 3,5 – 4,5 hours

Day 4 San Salvatore Sinis to Arbus
On the first stretch of the road after leaving our hotel this morning we cycle through the plains of Arborea to reach some of the best known – but also some very much unknown – beauty spots of the Costa Verde. Here we admire some of the most savage natural scenery of the island. We also visit the famous Piscinas beach with its blindingly white high sand dunes that can reach 50 meters or more! A short stretch then takes us to the little town of Arbus in the Medio Campedano province, where we settle in at our hotel. Distance: 46 /54 km – Cycling time: 4 – 5 hours

Day 5 Arbus to Calasetta
During today’s stage we will explore Sardinia’s ancient mining history, which has its origins in long gone Phoenician and Roman times. We will cycle past the fascinating abandoned mines of Ingurtosu and Masua, now abandoned but once flourishing industrial towns housing up to 5000 inhabitants. Until the 1960’s these mines produced a large part of Sardinia’s lead, zinc and silver ore. They are now included in a UNESCO Geo Park. After visiting the mines we pass by the charming bay of Cala Domestica and the looming mass of the Pan di Zucchero cliff, on our way to the old ore washery at Nebida. The now abandoned industrial complex is located in an extremely panoramic spot, nestling halfway the rocky cliffs and the sea, and can only be reached by climbing down 540 steps! In the afternoon we then reach our hotel in Calasetta in time for a stroll through the village and a well-deserved dinner. Distance: 54 km – Cycling time: 4,5 hours

Day 6 Calasetta to S. Anna Arresi
After breakfast today we head for the island of Sant’Antioco, connected to the mainland by a large artificial dike. Here we cycle through the meadows, sprinkling green in spring and golden yellow during summer and early autumn. Further on we visit the Pisan sanctuary at Tratalias, one of the most important monuments of the Sardinia Romanesque period, dating from the 13th century. On our way to our next hotel in S. Anna Arresi we then cycle along the Lake Monte Pranu and savour the quiet peace of the rolling plains of the Sulcis. Distance: 40 km – Cycling time: 4 hours

Day 7 S. Anna Arresi to Pula
The final stage of our trip takes us along the beautiful and panoramic south coast with its gleaming white beaches, unspoilt landscapes and high vertical cliffs. We first halt to admire Cape Malfatano dominated by its well preserved 16th century tower. At Capo Spartivento, the most southern point of Sardinia, we enjoy the wonderful views of the coast from the light house on top of the high cliffs. Finally we arrive at the major Phoenician site of the island, Nora, where we visit the extensive archaeological remains before heading to our hotel in Pula. Distance: 57 km – Cycling time: 4 – 5 hours

Day 8 End of the tour
The tour ends in Pula after breakfast today. A local bus or private transfer can take you to Cagliari. A taxi transfer to other destinations can be arranged on request.

All nights are spent in beautiful, characteristic hotels (generally 3-star) or equivalent agriturismo’s. All rooms have en-suite facilities.

Dinners and picnic lunches (days 2 to 7) are included in the tour price.

Night 1: The first night is spent in a beautifully located hotel at Alghero. The hotel is within walking distance of the city centre.

Night 2: Tonight we stay in the medieval town of Bosa. All important monuments of the city are within easy reach of the hotel’s premises.

Night 3: The third night we stay in a nice hotel located in San Salvatore Sinis.

Night 4: Your next night is spent in a cosy hotel in the village of Calasetta.

Night 5: This night we stay in yet another nice hotel at S. Anna Arresi.

Night 6: The last night is spent in a 3-star hotel near Pula, on the south coast of Sardinia.

On our GUIDED TOURS we include almost everything:

Easy to Moderate (2-3): Mostly moderate rides but with some longer climbs. All roads are well paved and mostly quiet with limited traffic except for some periods during summer and holidays. Extensions are possible on some days.

Fitness: Some experience with bicycle touring and a good general physical condition will certainly make your travel experience more enjoyable. You should be able to cycle for several hours a day also in hot dry weather conditions.

Arrival: The tour starts in ALGHERO which can easily be reached by bus from the Alghero International Airport.

Departure: The tour ends after breakfast on day 8 in Pula. From Pula Cagliari can easily be reached by public bus. An optional private transfer can be arranged.


EXTRA NIGHTS
It is possible to extend your tour with a few days at Cagliari or in any other town or resort in Sardinia. Details and prices on request.

UPGRADE
It is possible to book an upgrade in some of the places en route. Details and prices on request. 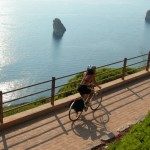 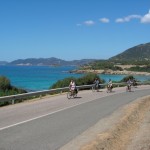 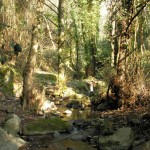 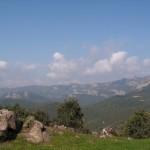 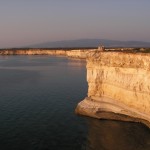 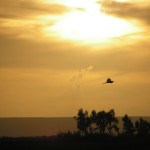 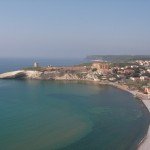 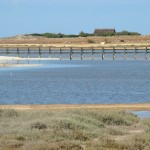 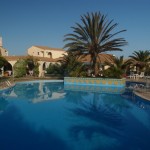 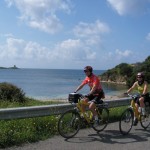 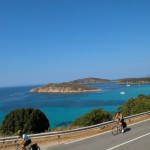 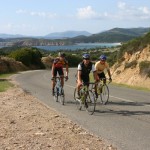 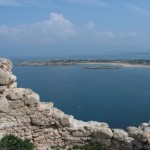 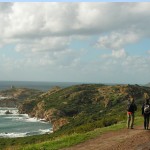